The goal of this project is to find a systematic way of identifying the abnormal glitches in the gravitational-wave data using various methods of correlation analysis. Usually the community such as LIGO and Virgo uses a conventional way of finding glitches in auxiliary channels of the detector - Klein-Welle, Omicron, Ordered Veto Lists, etc. However, some different ways can be possible to find and monitor them in a (quasi-) realtime. Also the method can point out which channel is responsible for the found glitch. In this project, we study its possibility to apply three different correlation methods - maximal information coefficient, Pearson's correlation coefficient, and Kendall's tau coefficient - in the gravitational wave data from LIGO detector.

where C and D are number of concordant and disconcordant pairs, respectively.

where p(x,y) is the joint probability distribution function of X and Y, and p(x) and p(y) are the marginal probability distribution functions of X and Y respectively. Intuitively, mutual information measures the information that X and Y share: it measures how much knowing one of these variables reduces uncertainty about the other. For example, if X and Y are independent, then knowing X does not give any information about Y and vice versa, so their mutual information is zero [Wikipedia].

It measures non-linear correlation between two data samples while the PCC (Pearson correlation coefficient) and the Spearman coefficient are only for the linear relationship. 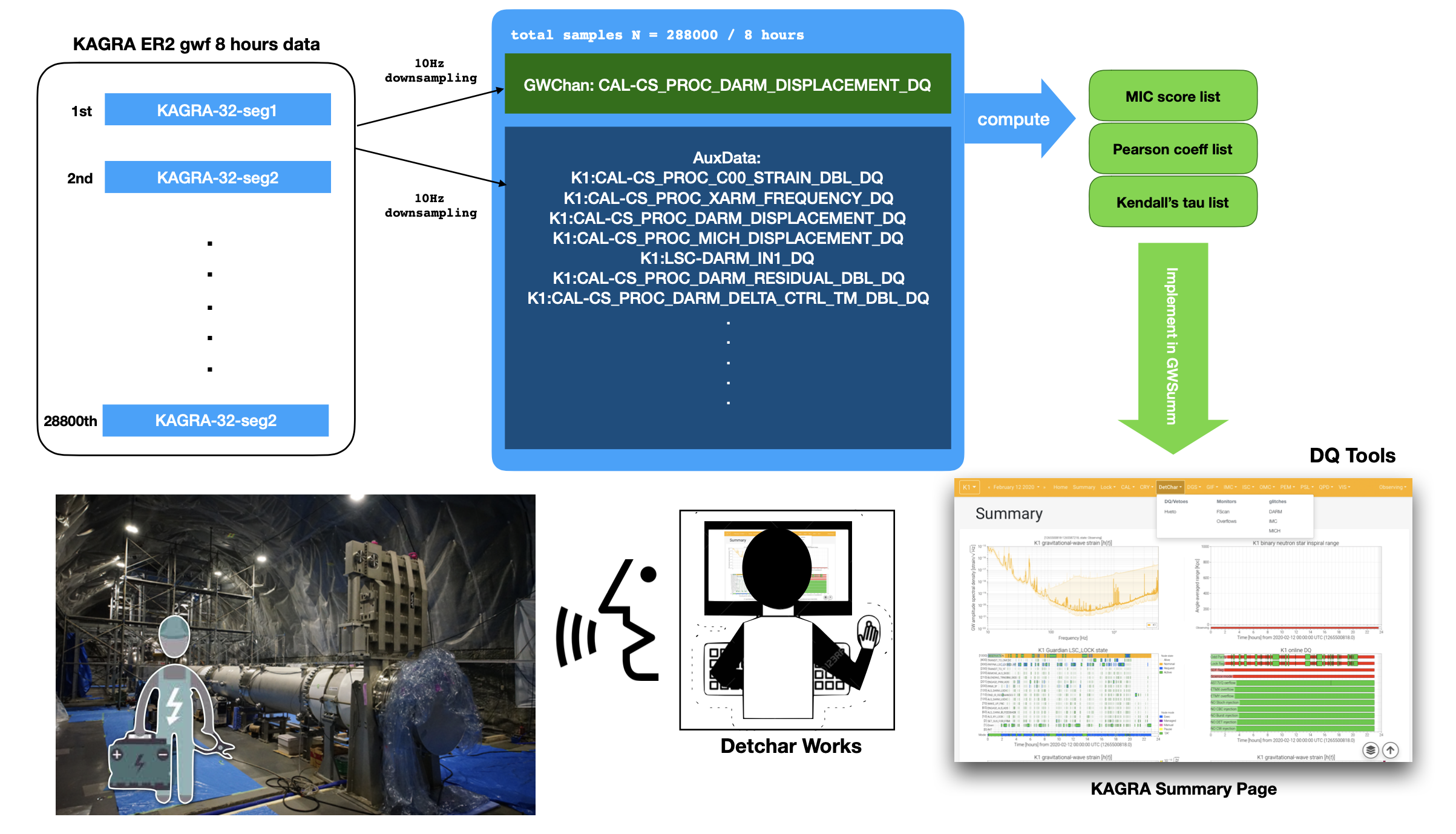 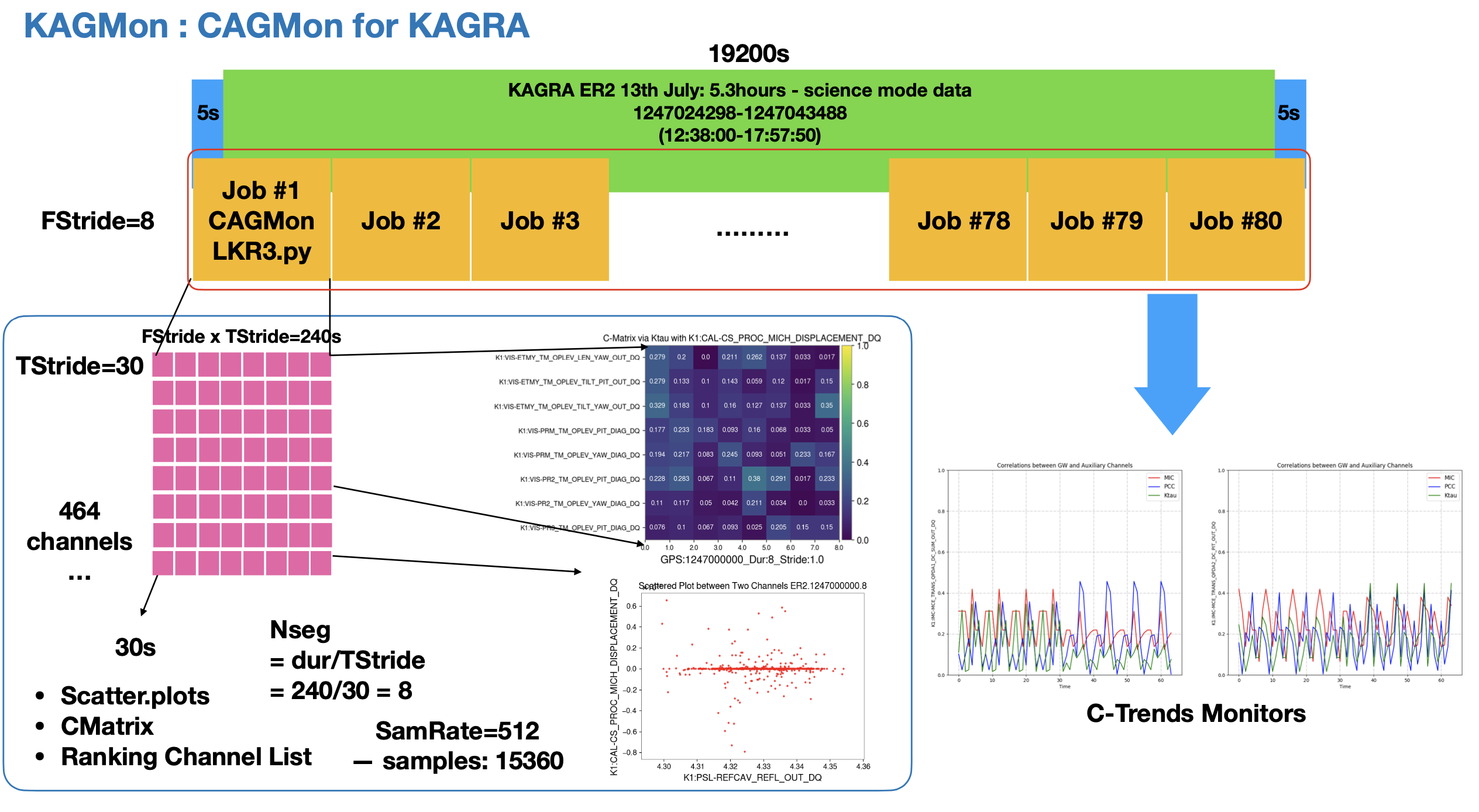