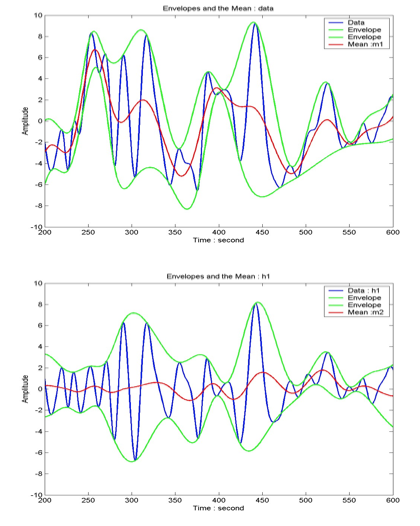 Here, we show some preliminary results done so far using HHT with S6 LIGO data and KAGRA data. First we ran HHT code written in python - mainly consists of EMD and HSA parts with auxiliary channel data in LIGO S6, for example, L1_SUS_ITMX_OPLEV_Y and L1_LSC_DARM_ERR. We ran the code for so many data sets but here some of them are presented to explain our motivation.

Comparison to Klein-Welle and Other Methods