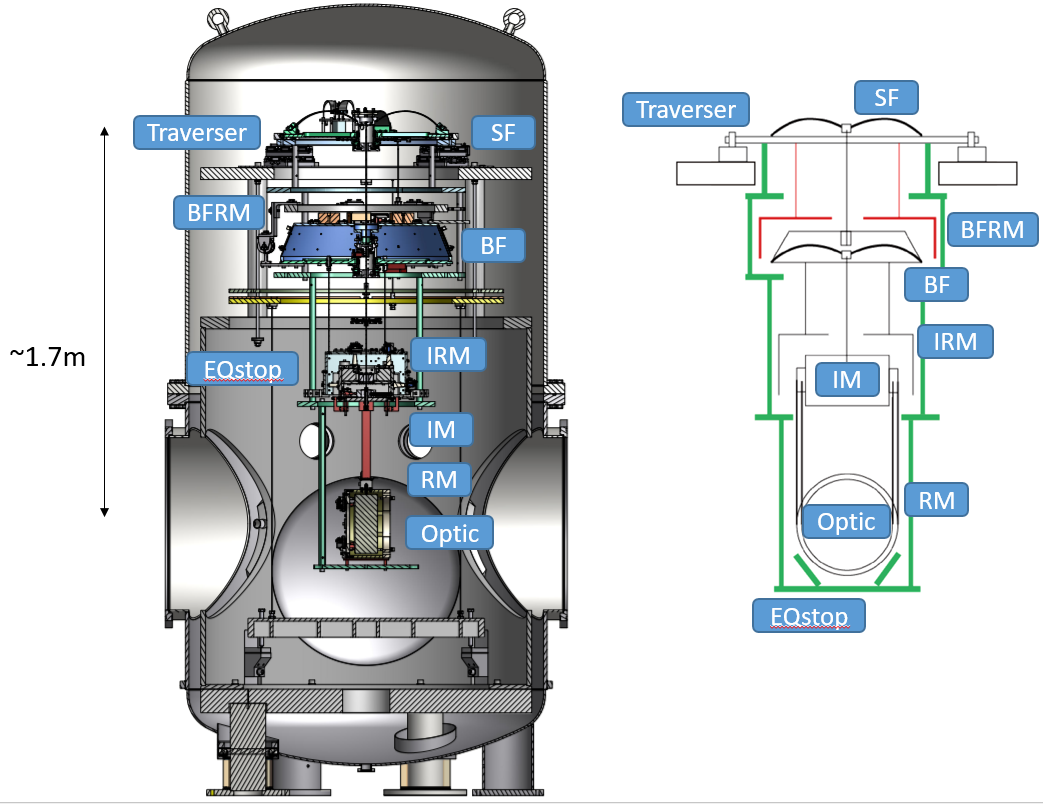 Optical bench is suspended as double stage pendulum. The intermediate stage has the magnetic damper ring that is also suspended from the ground.

The frame just inside the chamber that is fixed on the ground.

Oplevs as a sensor

Four magnets are attached on the optic with EP-30. manual by Tasumi manual by Fujii 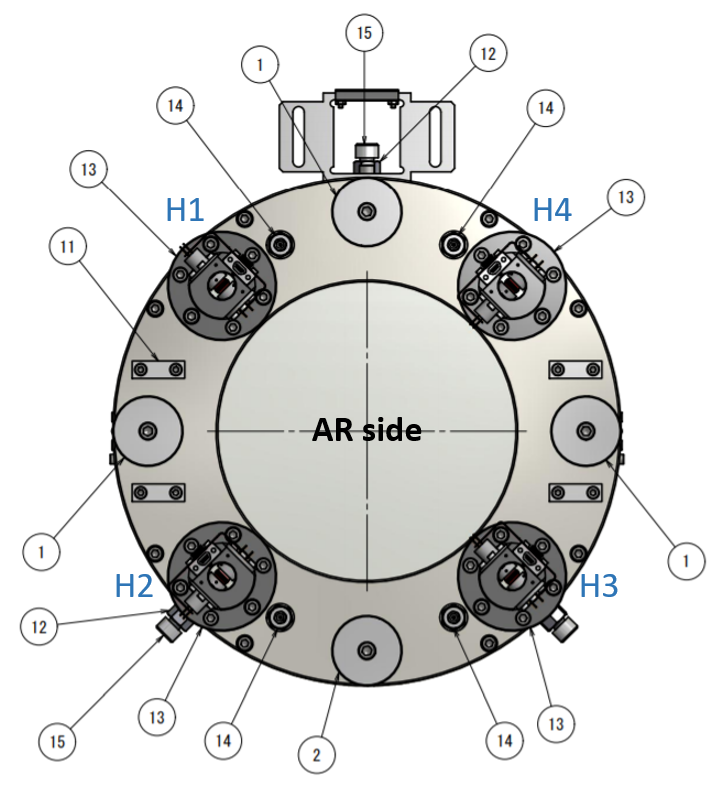 IM OSEM is a sensor-actuator unit. Each OSEM has a shadow sensors and coil-magnet actuators. OSEM drawing 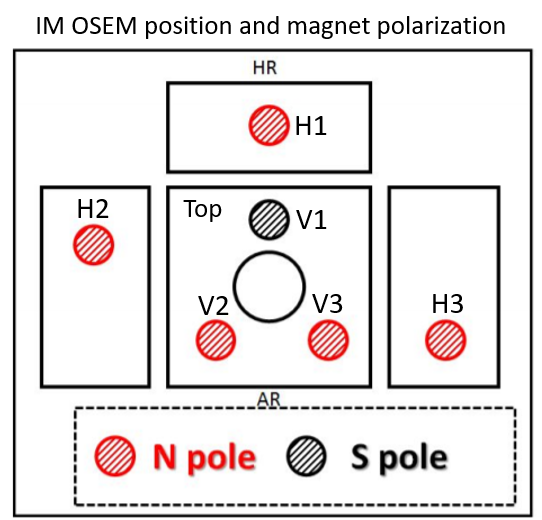 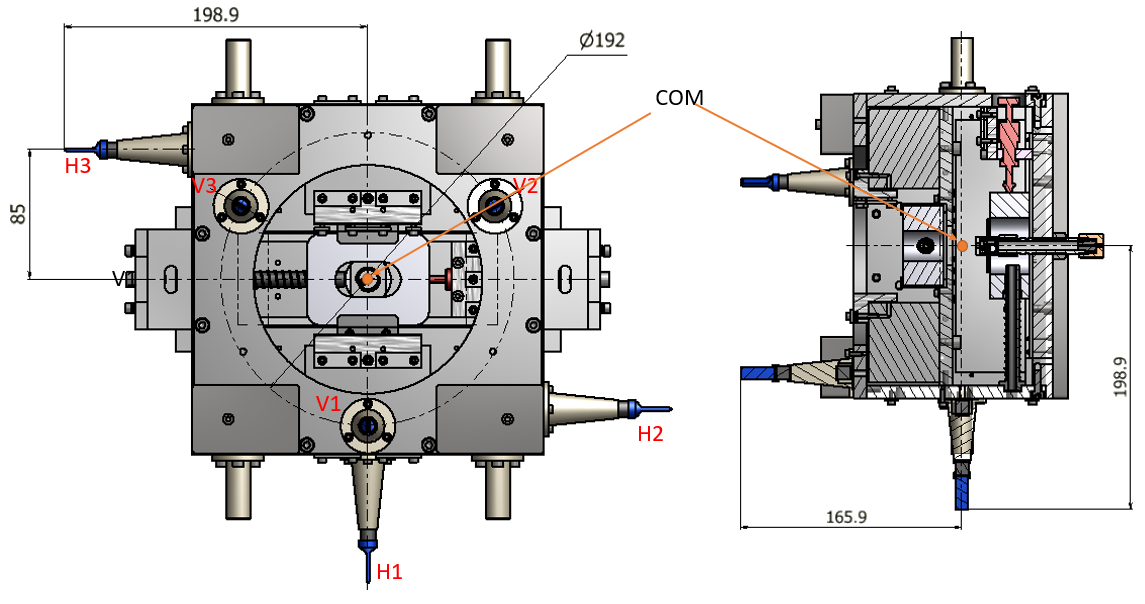 IM has two picomotors to change the position of the moving mass inside the IM in order to change the tilt of the IM box in pitch and roll direction. 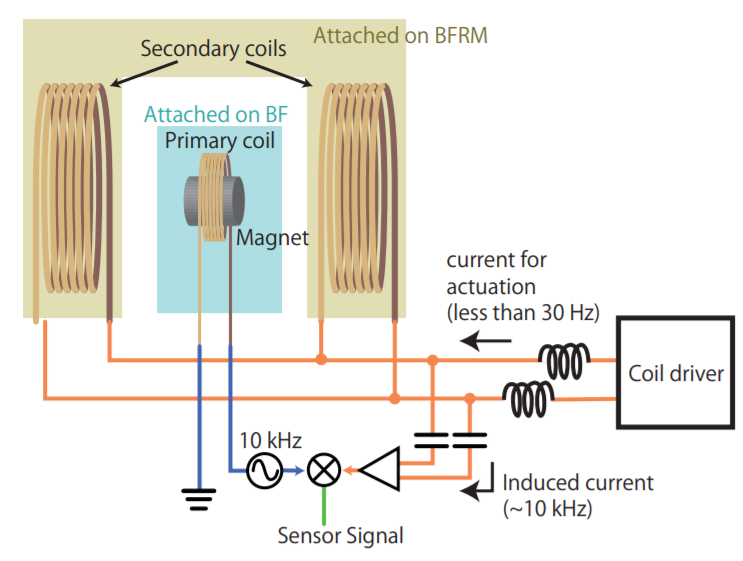 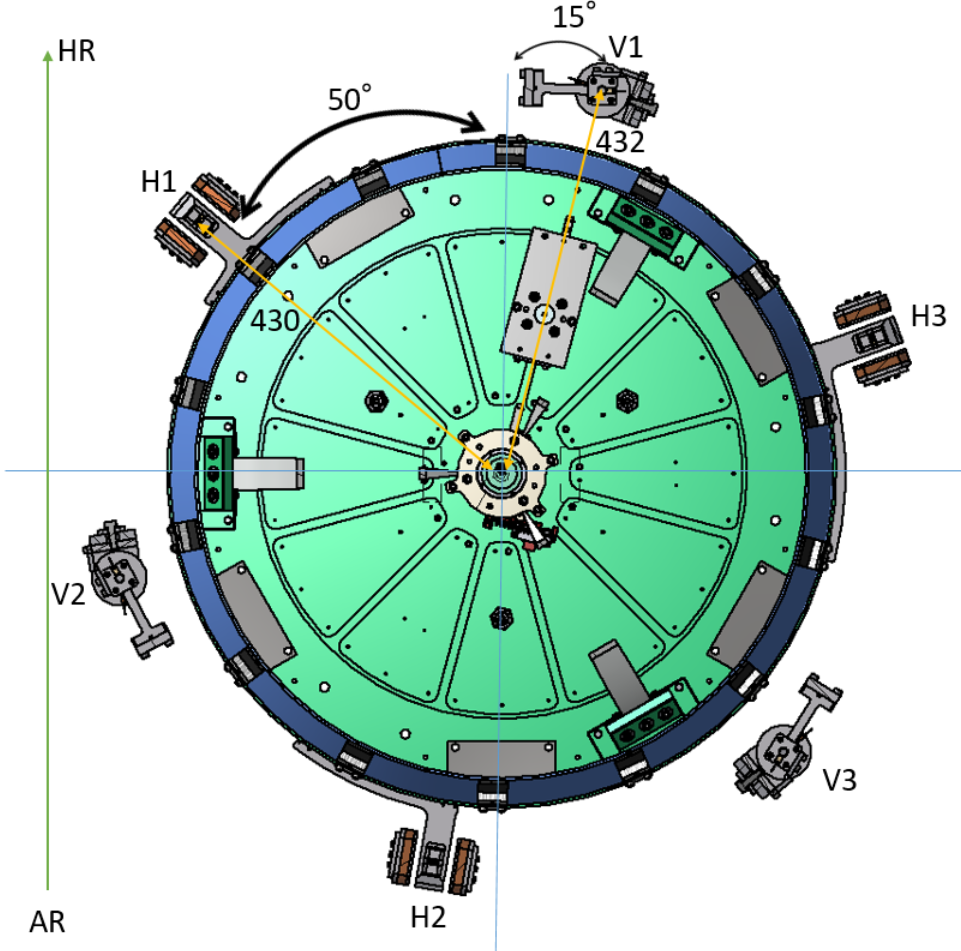 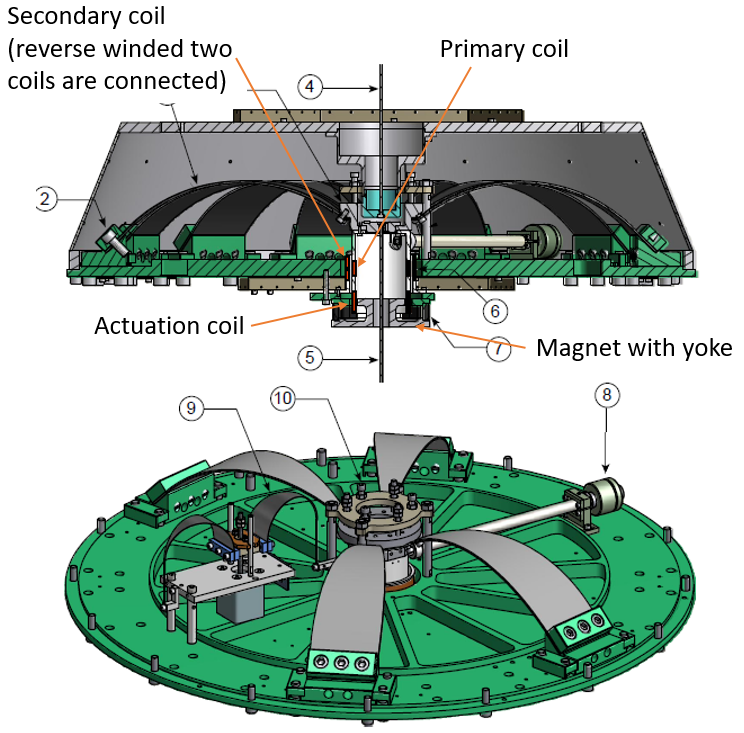